Getting Your Idea Going: Share your Startup Business Idea with Everyone

The only way to know if you've got the right idea is to share it and set it free.

Don’t miss out! Check out the previous editions here:

A long, long time ago—in a galaxy far away, someone invented the myth that if you have a great business idea for a startup, you need to keep it top secret.

That you should shroud it in mystery, several Non-Disclosure Agreements and only share it with someone at a secret location at a prescribed time in a lead room—without any windows.

The myth went on that if someone were to hear your startup business idea—they would steal it!  Ah, the idea thieves and their dastardly ways. The instant the sound waves describing your brilliant idea reach their eardrum—they build it, and then make billions. All while you wallow away into obscurity, ruing the day you made the fatal mistake of sharing it.

C’mon. You saw the Social Network.  You know how this works.  It’s totally true!

Except it’s not. At all. 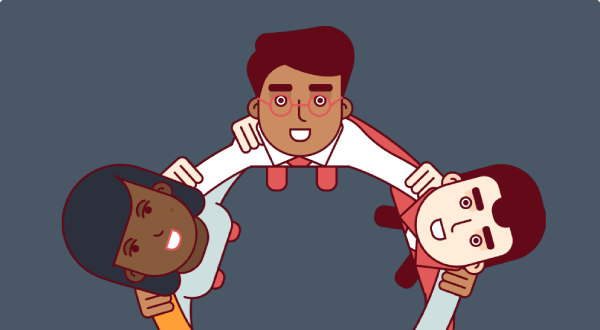 The first thing that Founders overlook is that the startup business idea, at its inception, is probably completely and totally wrong. The only way to refine the idea is to share it, break it down and beat it up.

You need to beat up your startup idea with customers, advisors, partners, investors and anyone else who is nice enough to listen to your crazy ranting and provide you with some real feedback.

Not until you’ve shared it with enough people will you have any idea if you are even on the right track.

But Someone Will Steal It!

No, they won’t.  First off, if your idea is so easy to steal and replicate then why can’t someone else do it the day you announce your product?  Do you honestly think that just being the first one to announce it will give you instant protection? It won’t.

Investors won’t steal your business idea. Not sure?  Do some homework and try to find a pattern of investors stealing anyone’s ideas—ever. You literally made that up. But don’t worry, we’ve heard it a million times from other Founders—So, you weren’t the only one!

If, in the rare case, you have some secret recipe that you don’t want to share—then don’t.  You don’t have to tell people how the product is made, just what it does.  If no one cares what it does, then your secret recipe is useless anyway.

Later on, you can think about patents and Non-Disclosure Agreements and all of the other defenses that will cost a fortune to both create and defend.  For now, just focus on whether or not anyone but you thinks this is even a useful idea.

What you will find when you start sharing your idea is that it’s probably not the right one. You will inevitably go through 20 iterations of the idea until you find out what you’re really supposed to be pursuing.  In some cases you’ll find out it was an awful idea to begin with, and that’s OK too.

The only way to know if you’ve got the right idea is to share it and set it free.